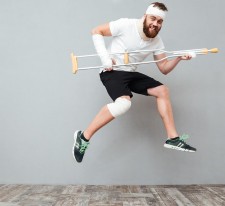 MIAMI, December 13, 2017 (Newswire.com) - Miami-based artificial intelligence leader Premonition Analytics has recently announced the addition of information from a multitude of U.S. workers' compensation courts to its litigation database, already considered to be the world's most comprehensive. Premonition offers predictive analytics services to a diverse array of clients in fields such as legal services, insurance, health care, academia and more, and the addition of workers' compensation data promises to bring unprecedented transparency to one of the most controversial areas of law.

"There is a great deal of debate as to how big of an issue workers' compensation fraud is in the United States," says Premonition Co-Founder and CIO Toby Unwin. "Many studies have been performed on its economic impact, but the estimates we've seen quoted vary by billions of dollars. That's far too much uncertainty for employers, insurers and policymakers to feel confident in their decisions."

Per a recent report by the California Department of Industrial Relations, premium fraud on the part of employers costs up to $15 billion per year in California alone, while National Insurance Crime Bureau figures on bogus employee claims indicate they may cost employers over $7 billion.

"The research implications of this new data are thrilling," continues Unwin. "Imagine being able to simply type in a query asking which companies are sued most frequently in workers' compensation courts and getting a full report on how often they win and how much they've been forced to pay out. That contribution would go a long way toward developing an empirical ranking of the most unsafe companies and industries in America, as well as the most unethical with regard to protecting their workers."

The data could also have a profound effect on employers' decision-making. Regulations vary from state to state; in some, like Texas, workers' compensation is completely optional. "Clients can use our data to benchmark the average cost of employee injury suits in their industry," says Unwin. "Depending upon the risk the data suggests, they can decide whether opting out of the program will ultimately save them money or unnecessarily endanger them."

Unwin also notes that the data includes information on jurisdiction, making city by city and state by state comparisons a simple matter, as well as factoring in the impact of lawyer selection. "Employers considering whether or not to settle a claim would be wise to consider the past performance of the attorneys involved in the proceedings. Our data shows that lawyer selection has a 30.7 percent impact on the outcome of any given case — that's the difference between a 50/50 chance of winning and an 80/20."

Premonition's data is gathered by scraping publicly available courthouse archives. The firm's sophisticated AI uses machine-learning principles to normalize variations in formatting and bookkeeping, rendering the information searchable. The tool is able to read roughly 50,000 documents per second. The company has recently announced regional partnerships in countries such as India, the United Kingdom, Canada and more, and was named a Leader of the Litigation Analytics Revolution by the American Law Institute.