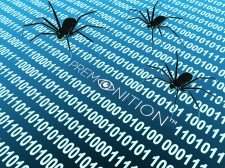 MIAMI, August 31, 2017 (Newswire.com) - Florida-based legal analytics firm Premonition AI has been making considerable waves in recent months, appearing on several lists of the “most disruptive” companies in the legal industry, and sparking controversy with its public ranking of the most successful firms and barristers in the UK. The firm, which uses Big Data techniques to generate information on the performance of litigators in court, has recently expanded into Ireland.

Adding records from Ireland’s courts to the company’s archive was a relatively simple matter, according to Tom Kennedy, Premonition’s Ireland Director, who noted that Premonition’s global litigation database is already the world’s largest. The searchable database allows clients to ask questions like, “Which barristers have historically been most successful before the judge assigned to my case?” and “What is the average settlement amount a given firm negotiates in civil proceedings?” In an industry defined by the murky dealings of insiders, both in the judge’s chambers and on the golf course, hard numbers reveal which litigators get real results. Per the company’s own data, selection of counsel can account for a 30.7% improvement in a client’s odds of winning.

Of course, access to data on Ireland’s domestic courts is hardly the only, or even the primary appeal for the firm’s projected clientele. Once a relative economic backwater better known for its historic famines than its attractiveness to business, in the past two decades Ireland has seen consistent and impressive growth thanks to newfound stability in the region and, perhaps, its extreme tax-friendliness.

“We are a small country but luckily we are an enterprising one,” continues Kennedy, who is also a successful former commercial solicitor. “We have dozens of large multinational companies headquartered out of Ireland with operations around the globe. These companies are without doubt involved in litigation in every jurisdiction in which they operate. By introducing them to Premonition’s technology, we are dramatically improving their ability to select effective local counsel wherever they find themselves in court.”

These choices can have a dramatic impact, particularly in emerging business destinations like India, where widespread corruption and inefficiency in the judiciary mean the only way to avoid decades-long delays is to have someone who knows how to game the system. In proceedings where tens of millions are sometimes on the line, every advantage becomes critical to a company’s long-term prospects.

Ireland joins a growing number of local Premonition directorates[1], including the US, UK, India and Australia. “Having people on the ground as it were in each country helps potential clients put a familiar face to the Premonition name,” says company CIO & Co-Founder Toby Unwin. “From his considerable experience as a solicitor and consultant, Tom [Kennedy] knows what Irish companies are looking for, and what significant gaps exist for general counsel who want to start litigating smarter. Word of what we’ve been up to in the UK has quickly crossed the Irish Sea, and we expect to see the same market disruption we’ve facilitated everywhere else we’ve set up shop.”