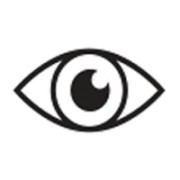 A thorough analysis of the Criminal Appeals Court reveals those with the best outcomes, the winners.

London, UK, October 29, 2015 (Newswire.com) - ​The UK legal industry was thrown into turmoil over the summer with the release of a controversial report from the US analytics firm, Premonition. Their Artificial Intelligence system analyzed 11,647 cases to find out the win rates of every barrister and law firm along with the top chambers. The result? Law firm’s barrister selection was found to be “worse than random”, as was client’s choice of law firms, apparently perception trumped reality. The findings were met with anger in the legal industry as critics, most of them anonymous, excoriated the country’s largest ever legal study online.

Premonition just released its analysis of the Criminal Appeals Court. Understandably, the Court is dominated by firms and barristers with low appearance numbers. Premonition typically only reviews those performers with 5 or more appearances over the study period as it regards anything less as not statistically significant. The winning law firm for the period reviewed was Morgan Rose Solicitors. They instructed barristers to appear for their clients 5 times with 3 wins for an overall Win Rate of 60%.

"The winner is an outsider and will surprise many in the industry."

The leading barrister in the Court was Duncan Penny, QC. Penny appeared 6 times representing clients and won 4 of the cases for a 67% Win Rate. He has appeared before the House of Lords, Supreme Court and Privy Council on many occasions. Most famously, Penny is known for his defense of Mark Hanna, News International’s Head of Security in the “phone hacking” trial. Penny is a member of 6 KBW Chambers.

The firm claims to have experienced a huge surge of interest as a result. Downloads of the free report surged to record visitors numbers on their site, www.premonition.ai  “We’ve had a visitor to our Web site every 30 seconds” claims UK Director, Ian Dodd. He has been booked for numerous seminars and talks and has been advising a number of  firms on the transition to performance transparency. “There are always those who are wary of new initiatives, particularly in a profession as traditionally conservative as the law but now’s a very good time for this if you’re an early adopter”, he said.

Premonition has been releasing the name of the top law firm and barrister in each court together with their chambers. “Criticism has diminished as people can see how helpful this technology is in promoting good performance and now we’re starting to see genuine interest in the results and what they mean for the profession.” says CIO, Toby Unwin, who invented the system. He and Dodd have been presenting the data to industry leaders as well as regulators who are seeking to use the data to bring more transparency to the industry.

The next individual court report is out on 25th November and will focus on the Administrative Court. Dodd declined to give any advance information other than to say “The winning firm is an outsider and will surprise many in the industry.”. The names will be available at www.premonition.ai then.